He said that Mr Godot would be late.

From the series In motion 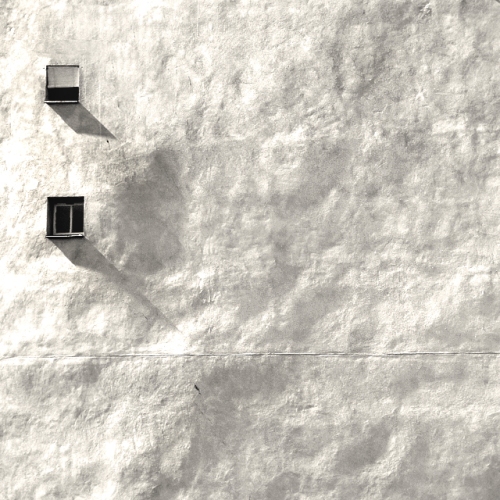 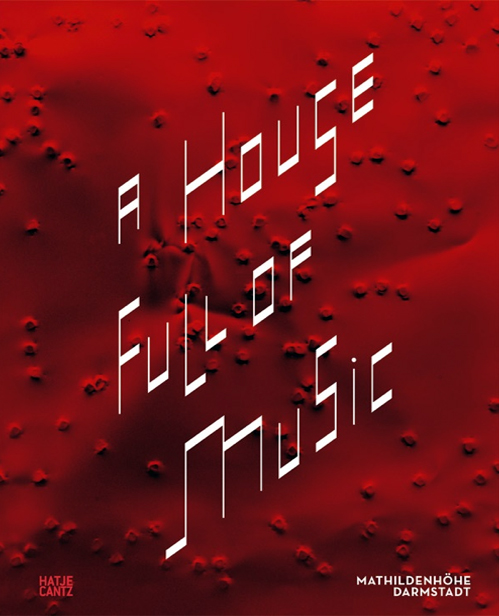 This book is the seminal work on the elemental interplay between art and music, it’s published by HATJE CANTZ to celebrate John Cage’s 100th birthday in September 2012.

Before John Cage (1912–1992), there was hardly anyone as consistent as he was in questioning the boundaries of music and its connections to other fields of art and the everyday world. Along with Erik Satie, Marcel Duchamp, Nam June Paik, and Joseph Beuys, Cage is one of the greatest strategists and pioneers of twentieth-century music and art. Starting with these key figures, this publication examines twelve fundamental strategies of art and music since 1900: recording, collage, silence, destruction, calculation, coincidence, feeling, thought, belief, furnishing, repetition, and playing. Interdisciplinary essays by art and music theorists as well as exemplary works and original sources by artists, musicians, and composers are featured alongside visual documentation, showing the impressive diversity of parallel and overlapping activities between music and art from Laurie Anderson and Robert Filliou to Anri Sala and Iannis Xenakis. (German edition ISBN 978-3-7757-3318-2). Another publication is available in the Art to Hear series (German edition ISBN 978-3-7757-3317-5). 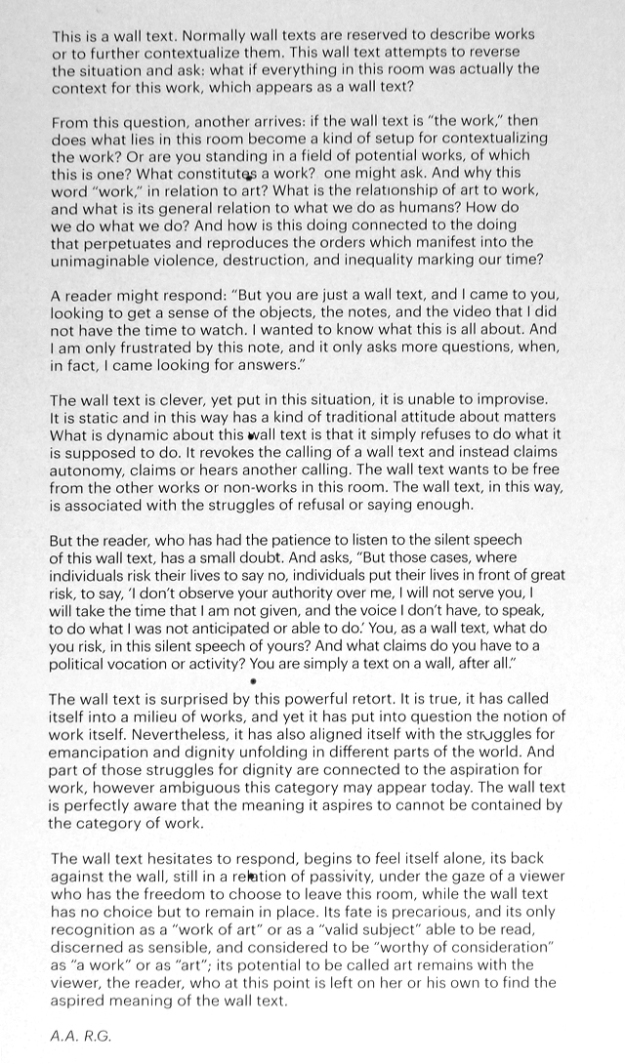 “dOCUMENTA (13) is dedicated to artistic research and forms of imagination that explore commitment, matter, things, embodiment, and active living in connection with, yet not subordinated to, theory. These are terrains where politics are inseparable from a sensual, energetic, and worldly alliance between current research in various scientific and artistic fields and other knowledges, both ancient and contemporary. dOCUMENTA (13) is driven by a holistic and non-logocentric vision that is skeptical of the persisting belief in economic growth. This vision is shared with, and recognizes, the shapes and practices of knowing of all the animate and inanimate makers of the world, including people.” C.Christov-Bakargiev

‘Alter Bahnhof’ is created by Janet Cardiff and Georges Bures Miller for the 13th edition of DOCUMENTA. Viewers are given an ipod and headphones and asked to follow the artist’s narrated guidance in pre-recorded ‘video walk’ through the old train station in Kassel. By moving around the viewer finds himself at the locations where the stories in the video happen as he experiences the blurred line between reality of the physical space and cinematic fiction recorded on the video. 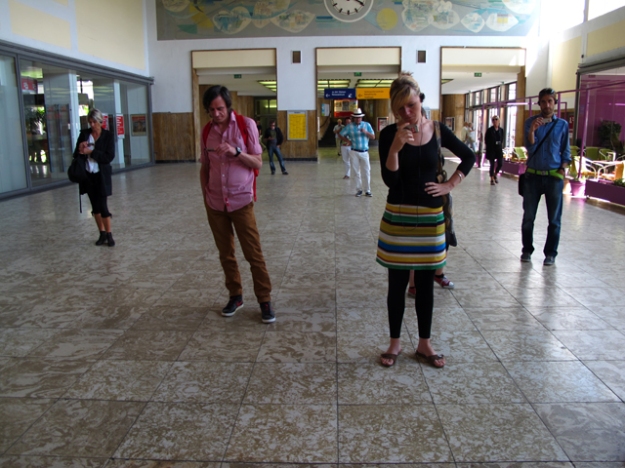 “DOCUMENTA (13) takes a spatial or, rather, ‘locational’ turn, highlighting the significance of a physical space, but at the same time aiming for dislocation and for the creation of different and partial perspectives – an exploration of micro-histories on varying scales that link the local history and reality of a space with the world, and worldly.” Carolyn Christov – Bakargiev

“An art project from over the summer of 2011 chronicles my life in an ironic way. I wanted to call attention to the fact that pictures are becoming our memories, rather than the moments themselves. We shape our recollections with the rising popularity of mobile devices and digital cameras. Why do we need pictures to remind us of the good times? Why can’t we just slow down and take everything in as it happens?

The irony of this project is that I had to step out of some of my own experiences in order to take the photographs. Since digital pictures have become reference points to our memories, if I don’t exist in them, was I there? Or did the act of taking the photograph become my only real memory?” – Jake Hochhalter 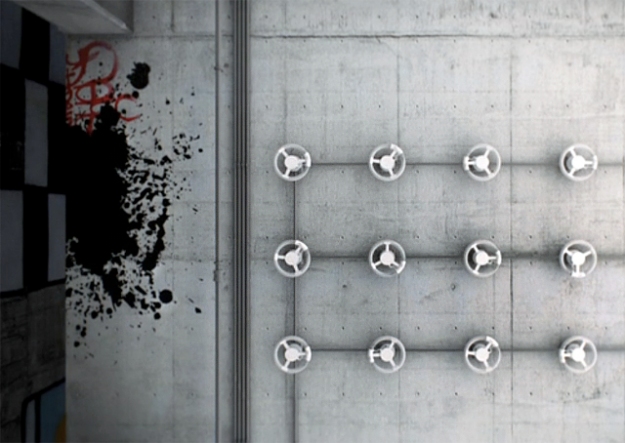 Click the photo to watch the video featuring a concrete building before and after the period of ‘soaking’ (customizing by various graffiti artists).

Six large prints by Maarten Alexander and Rul3ers adorning the side wall of the Mini Mall de Hofbogen in Rotterdam. To view bigger click the image.